GERMAN INTERNATIONAL LINA MAGULL: IT'S NOT ABOUT ENVY OR THE MONEY. IT'S ABOUT RECOGNITION!

How we want to advance women's football

I'm a professional soccer player. It's a privilege, I'm fully aware of that.

I have loved this sport since I can remember and I am grateful that I could make football, from just my passion, to my profession. Meanwhile I feel this privilege as an obligation. I feel an obligation to commit myself - to young female players, to my colleagues and to the importance of women's football as a whole. Because in Germany, women's football does not have anywhere near the status it deserves. Let me make one thing clear in advance: this is not a matter of pity, nor of an envious debate about men's football. It's simply a matter of naming grievances, explaining positive examples - and formulating constructive proposals based on them. The aim must be to at least incite a discussion about the importance and recognition of women's football in Germany.

We often sacrifice more than the men

This is also so important to me because since my childhood I have been able to experience at first hand how the quality of women's football has improved. Yes, it is not as athletic as men's football, it is less dynamic. In the end, it's actually quite different, but has many qualities of its own - and maybe we should just stop comparing the women and men on the pitch. The fact that women's football in Germany has developed so positively in terms of quality is also due to the fact that clubs are becoming more and more professional - hard work that many overlook.

We women train just as intensively as the men - and sometimes we make greater sacrifices. Some people may find this statement provocative and unrealistic, but I want to justify it: We train at FC Bayern once or twice a day. In addition, most of us have to deal with the additional burden of work or studies in addition to football. We also avoid parties, control our eating habits, strive for the big picture, and are disciplined. We subordinate everything to football - including our family planning.

The fact that professional sportswomen cannot afford to have children in the middle of their career is often forgotten. If a 25-year-old professional has three children, which is wonderful, that doesn't pose a problem for his career. On top of that: Many of us leave our families at an early age because there is no ambitious women's club around - and later on we don't have the (financial) possibilities to bring the family members to our place of residence or at least to have them flown in often. And again: We like to do this. We are not victims. We are grateful that we are standing on the pitch.

The quality of women's football is increasing, the number of viewers is decreasing

Before Corona, an average match in the women's Bundesliga in the 2018/19 season had almost 850 spectators, while abroad - if we take the (women's) football nations England (+78 per cent), France (+27 per cent) and the USA (+149 per cent) as an example - the number of spectators has risen rapidly when compared with the 2012/13 season. The frightening thing: In Germany they have fallen. Those familiar with women's football will agree that the quality has reached a far higher level in recent years. German women's football has become more athletic, technically and tactically demanding. So why are the spectators staying away? What makes other leagues better?

This circumstance is certainly also due to the fact that there are too few identification figures today to which young female footballers can look up. Which passer-by can call the three female national football players off the cuff? We need names like Birgit Prinz again - identification figures who have a certain presence and familiarity. We have to do more to achieve this: with the clubs themselves, with marketing and also media presence.

The associations are called upon

One reason for the limited appeal of women's football is certainly the lack of integration with men's football. Teams like FC Barcelona manage to let the men's celebrity radiate onto the women. There are joint team photos, media dates, events and the basic aim of letting the women's teams participate in the success of the men's teams. A simple, constructive and easy to implement suggestion: In England it is common practice that players from the men's and women's teams are present at autograph sessions. That would be a start. In the same way, the women could be integrated into the respective marketing channels of the clubs again and again - whether social media, or with their own video channel or some press conference. So there is still a lot of room for improvement in the interlocking of the male and female world.

Much more critical, however, is the fact that most of the well-known Bundesliga clubs are criminally neglecting or putting aside women's football. A look at the Flyeralarm women's Bundesliga: the percentage of teams in the league with a high-class and well-known men's division is 58 percent. In England this percentage is 100 percent, in France and Spain 75 percent. Big German soccer clubs like Borussia Dortmund and VfB Stuttgart with hundreds of thousands, many of them female fans, still do not have their own women's department. At the same time, women's teams are also structurally disadvantaged and subordinated at grassroots level. A current example: 1 FC Mönchengladbach.

Here the club board recently decided not to register the teams of the 1st and 2nd women's teams as well as the U17 junior women's team for the 2020/2021 season. The reason: The first men's team has been promoted to the upper league. The affected players found out just before the registration deadline - there was no prior agreement, if you believe the affected players (which I do). This may be an extreme example, but it is symbolic of the way women's football is treated in many German clubs. 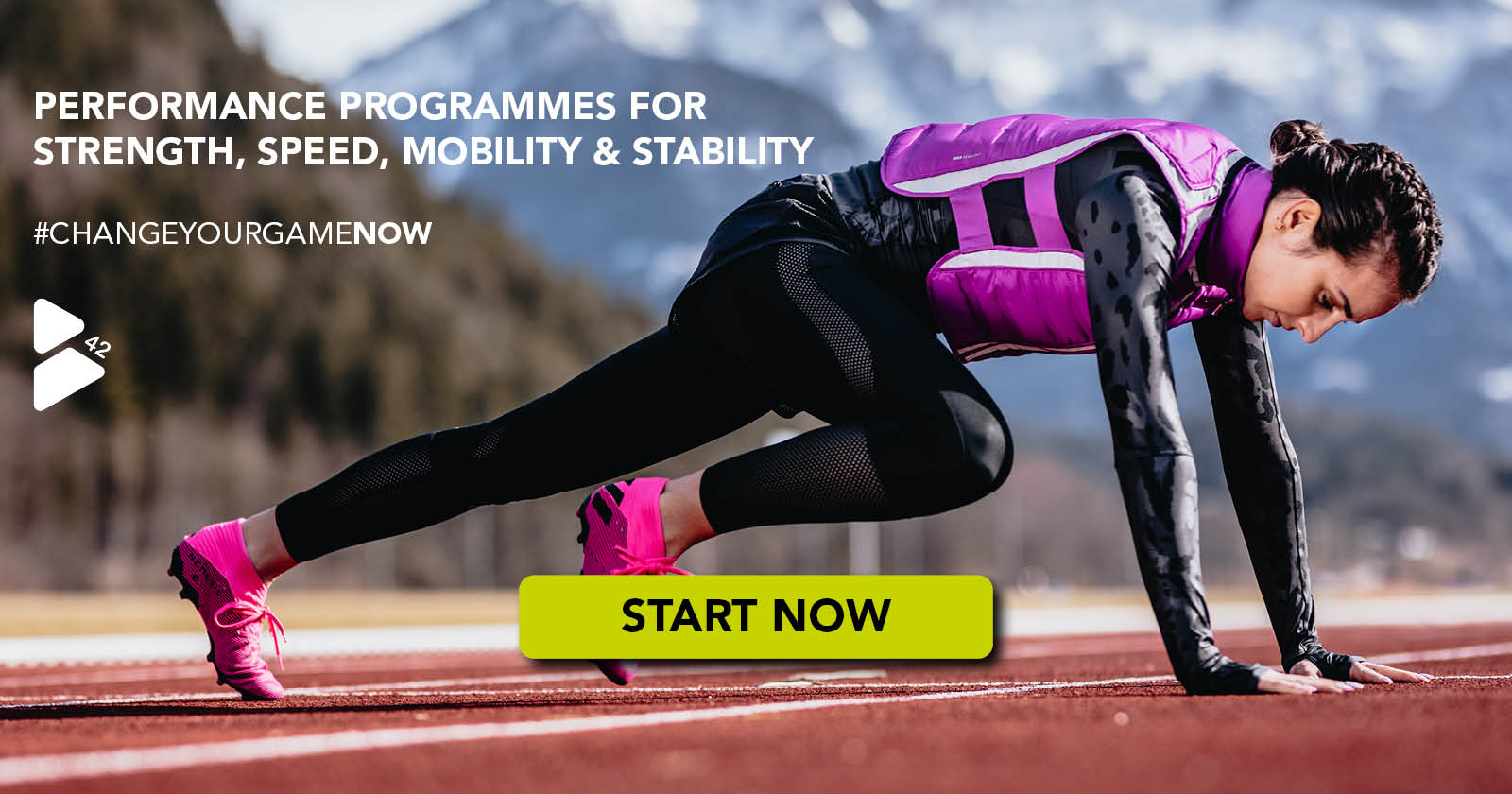 In addition, we need more presence in the media - on TV, in newspapers, magazines and online portals, on social media. We have tens of thousands of young female players who are looking for role models and want to look up to professional players. I don't want to weaken men's football at all - I follow the Bundesliga closely and am a big fan of my male colleagues. But it's this over-presence that bothers me. An over-presence that not only women's football suffers from. Other sports also suffer.

Sometimes I have to wonder what trivialities are boiled up in the media while other sports completely disappear under the radar. If a dispute on the training ground takes up more media space than the women's cup final, it irritates me. I am thinking in particular of public broadcasting. It has the responsibility and the opportunity to weight topics differently than media that only rely on short-term click-throughs. Why is there no sign of this? I follow every men's Bundesliga match day closely. But why do the daily topics have to report in detail on the games of the 1st division directly after the sports show - while women's football, but also other sports, are completely lost.

Counter-example: The BBC will soon be releasing the second season of a documentary about the women's team of West Ham United. And there are numerous other platforms for women's football in the UK, such as the App FA Player, where all women's games are streamed live and commented on, while the topic is not very tangible in Germany. So a little more diversity would be quite helpful sometimes.

It's not about envy, it's about perception

We also need new approaches in marketing. I am not naive: professional football is about a lot of money. It has to be earned. The point is: we female footballers can also be role models - or in monetary terms: We too can conquer markets. I deliberately want to give a positive example: During its last promotional campaign, Adidas not only took photos of current professionals at FC Bayern Munich, but also photographed some of our players. Those are great approaches. That way we get attention and can build up female role models. And yes, of course we would also like to earn so much money to be able to get our financial security through football alone, but actually our main concern is to strengthen women's football. We stand for passion, joy and enthusiasm. And we want to share that. And, as a additional remark: We are usually keen on marketing activities and do not see them as a necessary evil, like many of our male colleagues.

I love football. It's my life. I'm glad I get the chance to be on the field every day. Because it's not primarily about money. Football is so much more. We all know that. That's why I decided to become a brand ambassador for B42. I don't get any referrals for my postings, nor is it about self-marketing. It's about making football better together - at all levels. So let's have the discussion: How can we improve women's football in the long term? I look forward to it (your suggestions)!