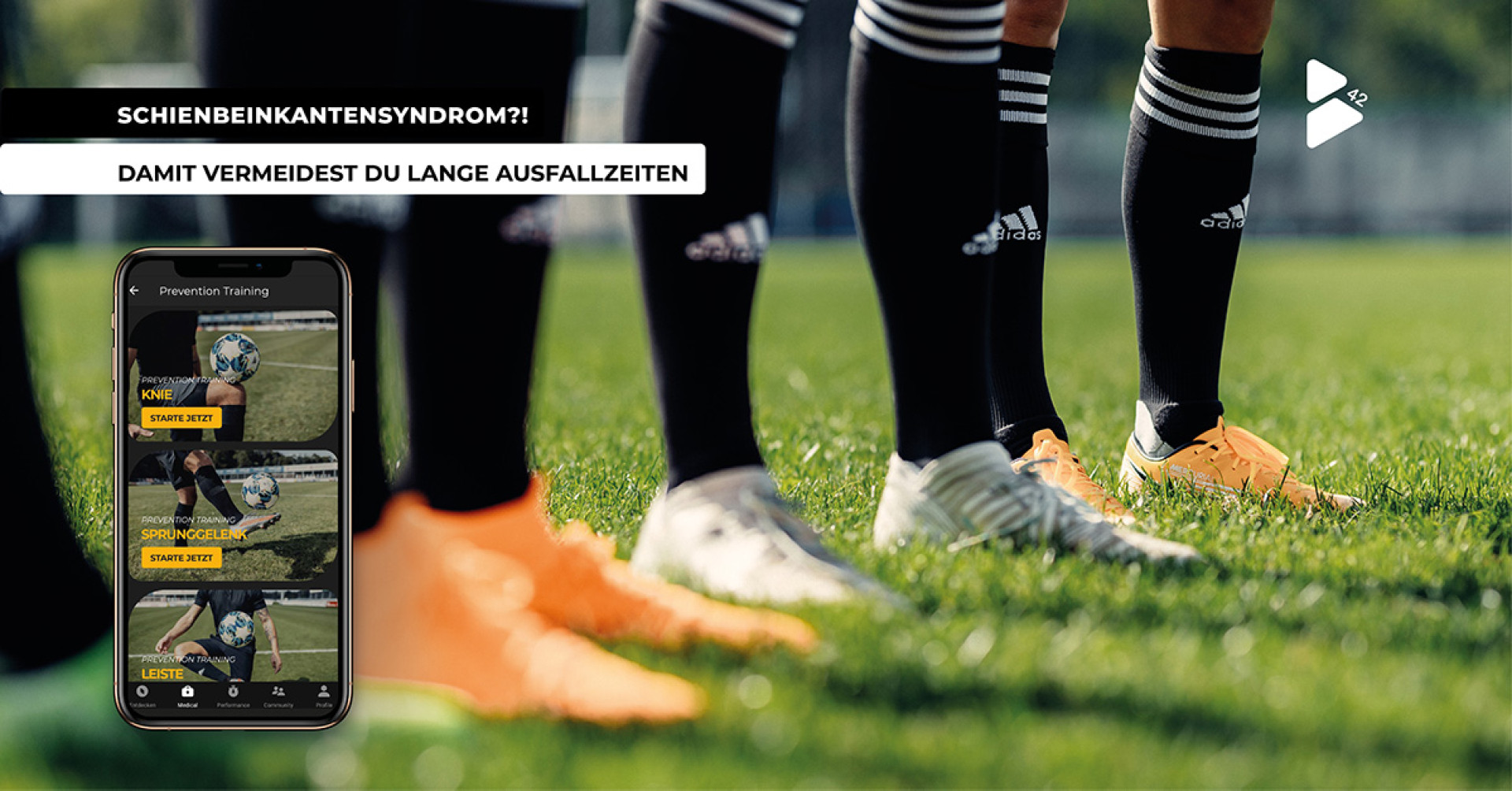 A guest article by our experts Nils Heim and Lasse Ahl.

Under normal circumstances, the early summer is the time when the season, the fight for promotion and relegation, enters the hot phase.

After months of winter break and an exhausting and nerve-racking preparation, the teams could start regular business again. In the cold and wet March and April, the teams fought for the muddy three points.

In May, the weather becomes nicer, the outdoor catering at the sports fields enjoys increasing popularity and the die-hard fans stand on the sidelines in T-shirts and sunglasses and loudly shout "the 3 has yellow already"!

Not so this year. Most of the amateur leagues have been cancelled and the season annulled, as was the case in May 2020. The players have not met for regular training on the pitch for almost seven months now.

But the "light at the end of the tunnel", much described by virologists, seems to be in sight. The first teams are already returning to the pitch.

For many athletes, these are the first intensive training sessions on the pitch. In this blog entry, we would like to address a particular symptom that you may have experienced first hand: 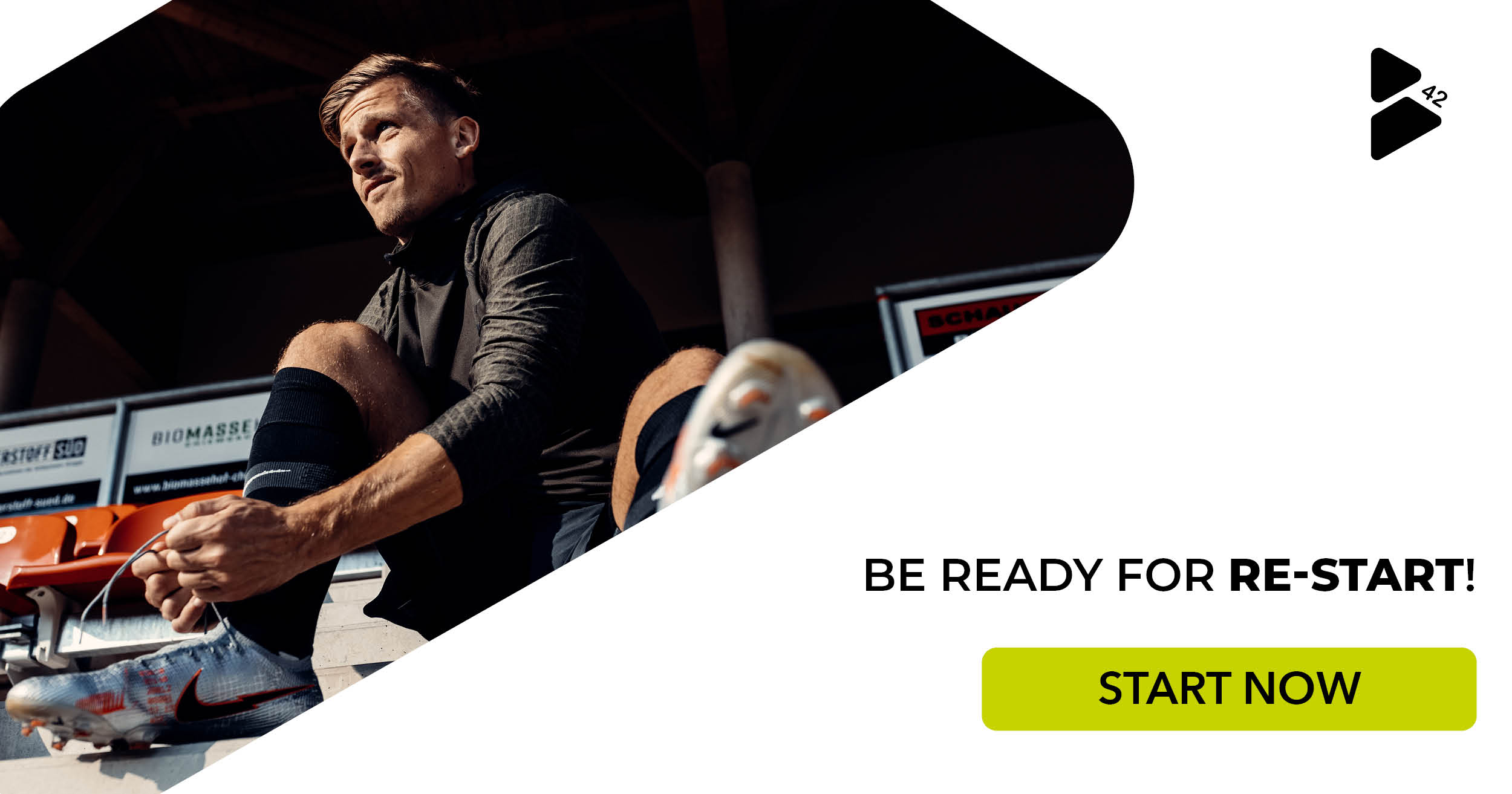 First of all, it should be said that these lines are not intended to represent or replace a medical diagnosis. The following content may not be perfectly tailored to your needs and in case of doubt you will need expert medical help.

Nils Heim - an expert in the field of sports science - has dug deep into the scientific relevance of the topic and outlines his findings in this article.

We assume that the following information can be a good starting point to pick up as many affected players as possible.

What is Shin Splint Syndrome anyway?

Most of the time, affected people complain of pain on the inside of the shin. Initially, it seems as if there is a strong muscle soreness "on the shin".

It is particularly painful at the beginning of an exertion, although it subsides again in the course of the training/exertion.

After a certain point, the pain symptoms become so persistent that there is no improvement during training or the pain is perceived as even more intense directly after the exertion.

The longer the shin splint syndrome lasts, the more pain at rest sets in. In addition, the inner side of the shin splint is extremely sensitive to pressure (over about 5 cm of its course).

MTSS is a classic overuse condition that can have a multifactorial origin.

Often, shin splint syndrome is associated with a sudden increase in training intensity, training volume, change in footwear or a change in surface.

The examples given are fictitious and do not have to apply to you personally. As already noted, the occurrence of Shin Splint Snydrome is mostly multifactorial. The following things can be identified as risk factors (NOTE not ranked):

This overview already shows that the tibial crest syndrome can include a variety of risk factors and should therefore not be assessed with a general "if - then" statement. 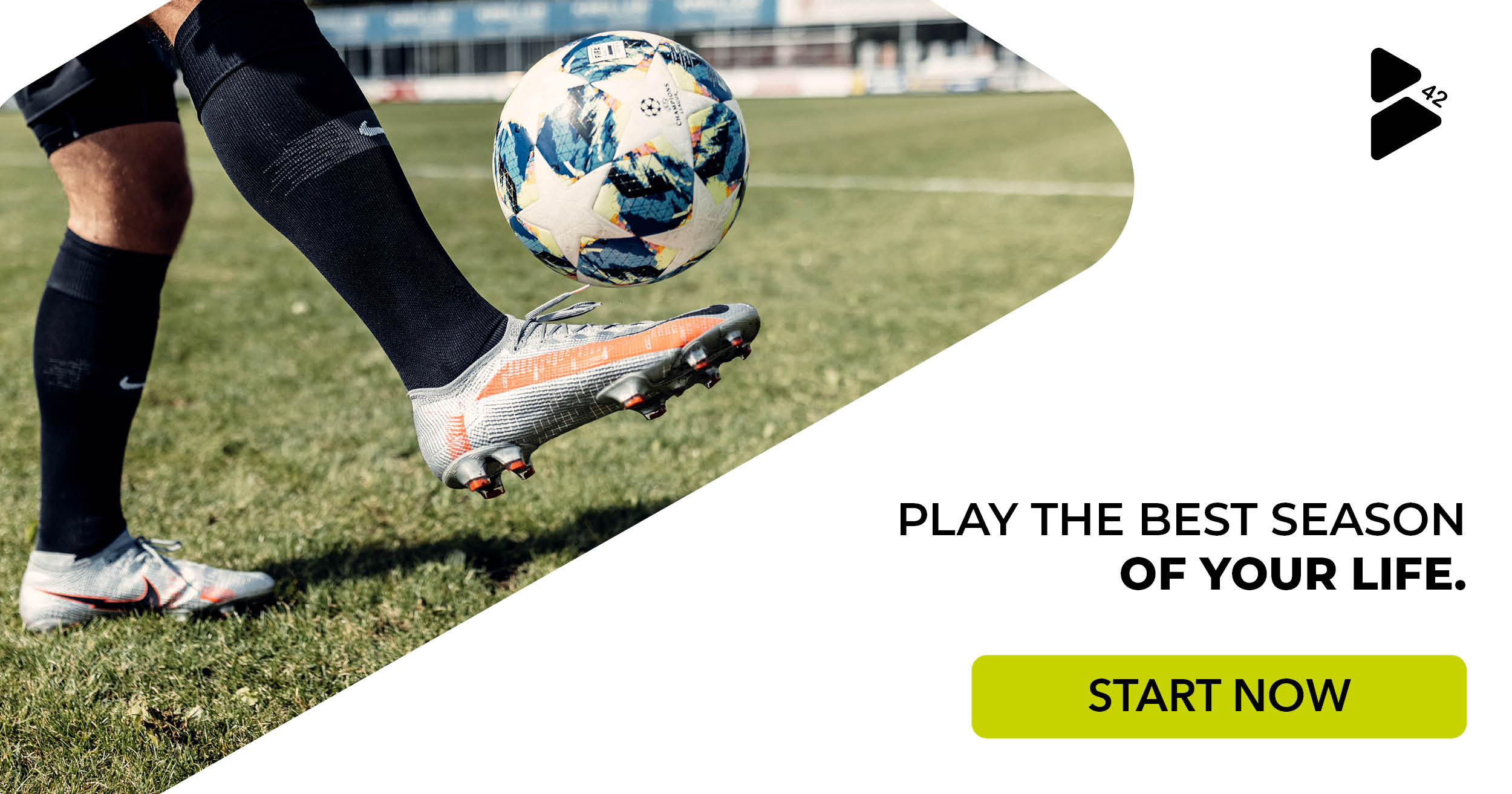 The difficulties with tibial tendon syndrome

What can make these types of injuries (similar to tendinopathy - see Achilles Tendon Guide) so uncomfortable is the length of the rehabilitation phase and the adherence required from sufferers within the convalescence period.

The realistic time frame for a "return to sport" is given in most studies as approximately three months. It should be taken into account that the return to sport phase only refers to the phase in which the players should return to running training.

The target is about 20 minutes of running at a moderate pace. Those who have been suffering from pain due to MTSS for more than three months should rather plan for nine to twelve months.

As already briefly touched on in the above examples, tibial plateau syndrome is particularly relevant for football when the training intensity is suddenly increased or undergoes an abrupt change (change of surface, change of shoe).

Why such a pathological change occurs or what ultimately triggers the symptoms is a matter of scientific medical dispute.

Some experts say it is fine tears in the collagen structures that connect the medial soleus (calf muscle) fascia to the tibial periosteum. Others speculate it is due to repetitive stress in the form of impact forces that cause the soleus (calf muscle) to fatigue in its yielding contractility (eccentricity), ultimately causing the tibia to "bend" back and forth, which could hinder the regenerative rebuilding of bone structures.

In addition, microfractures could be a reason for the pain symptoms, which has not yet been confirmed in X-ray examinations.

Again, it can be seen from this outline that the investigation of such a problem is not so simple.

Based on the description so far, one could almost assume that it is too complex, diffuse and lengthy to even implement a solution. This is not the case. 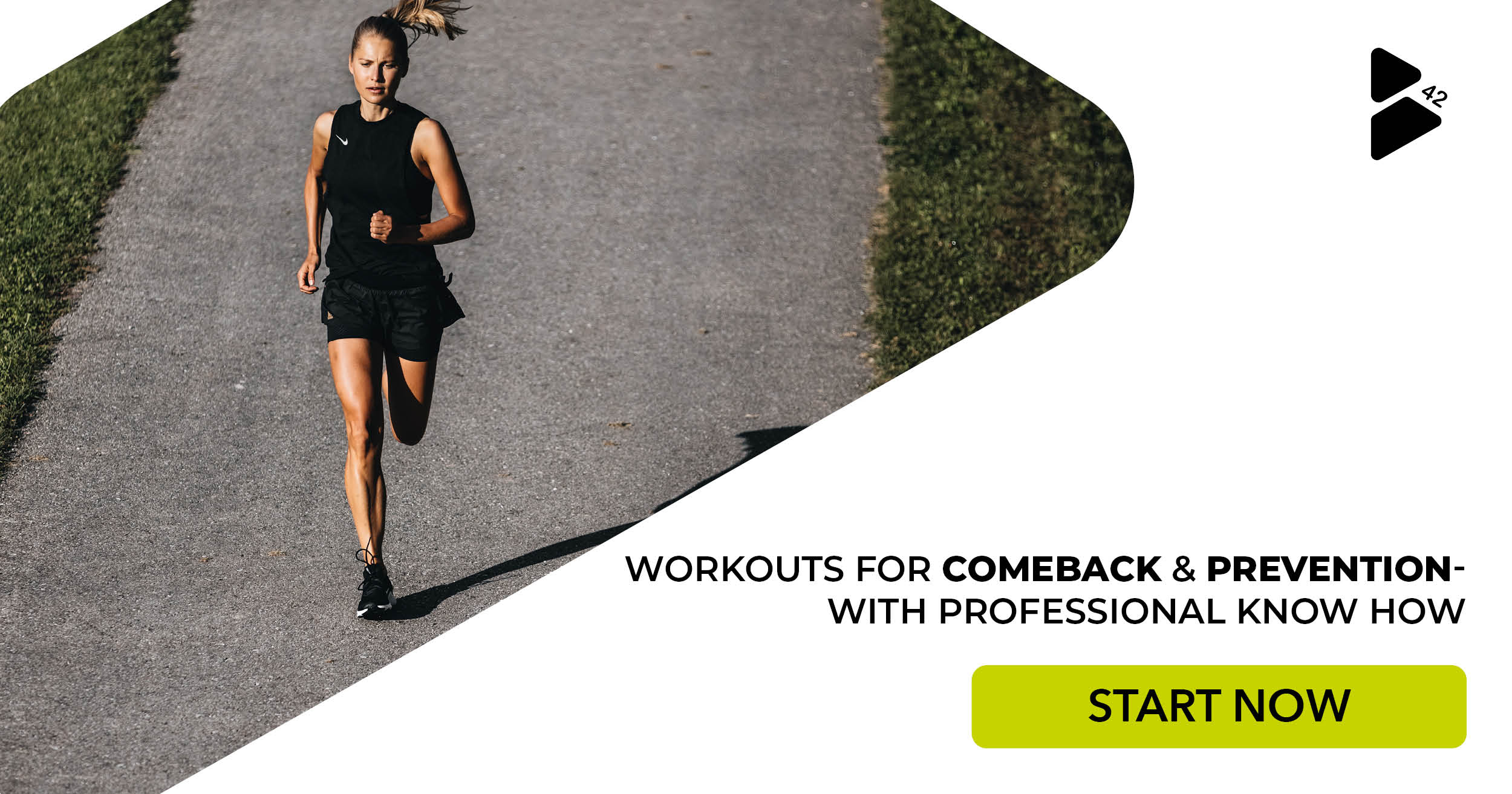 The only method with sufficient evidence so far, in terms of MTSS prevention, is the modification or adaptation of training: load management.

In short, load management is the intelligent planning of exercise science load normatives.

The duration, frequency, intensity and volume of individual training sessions should always be in harmony with one's own recovery strategies. If the load permanently exceeds the ability of one's own body to "buffer" these loads (adaptation & recovery), the body reacts with a "negative adaptation" and this can lead to pain.

The prevention of MTSS is thus equally linked to a certain degree of anticipatory training planning in order to build up basic capacities.

How could this be implemented?

A study also suggests that it is better to exercise with moderate pain than not at all. The individual, subjective perception of pain can be very well assessed by so-called "pain monitoring".

If you are affected, evaluate your own pain status on a scale of 1 - 10 within a period of 24 to 48 hours after exercise.

If training is still possible but there is moderate to acceptable pain, the load should be adjusted accordingly. First of all, you could reduce the training time. In the setting of team training, you should stop playing intense games or running sessions.

You can also make a shoe change by doing the warm-up in running shoes or training on the artificial turf (or very hard surface) in multi-socks. High forces such as jumping, hard sprints or frequent changes of direction should be avoided during this phase.

If you suffer or have suffered from MTSS that actually required you to take a complete break from running and football, during which you could only do strength sessions, the training intensity and volume should be increased slowly and gradually.

For example, start with one session a week of team training, then after a few weeks, twice a week.

Communication is the key here: take this time, talk to your coaches at eye level and get your ego out of the room.

If you play a game injured, you are neither particularly "tough" nor particularly self-sacrificing. In most cases, you will be out for longer and your team will have to do without you. 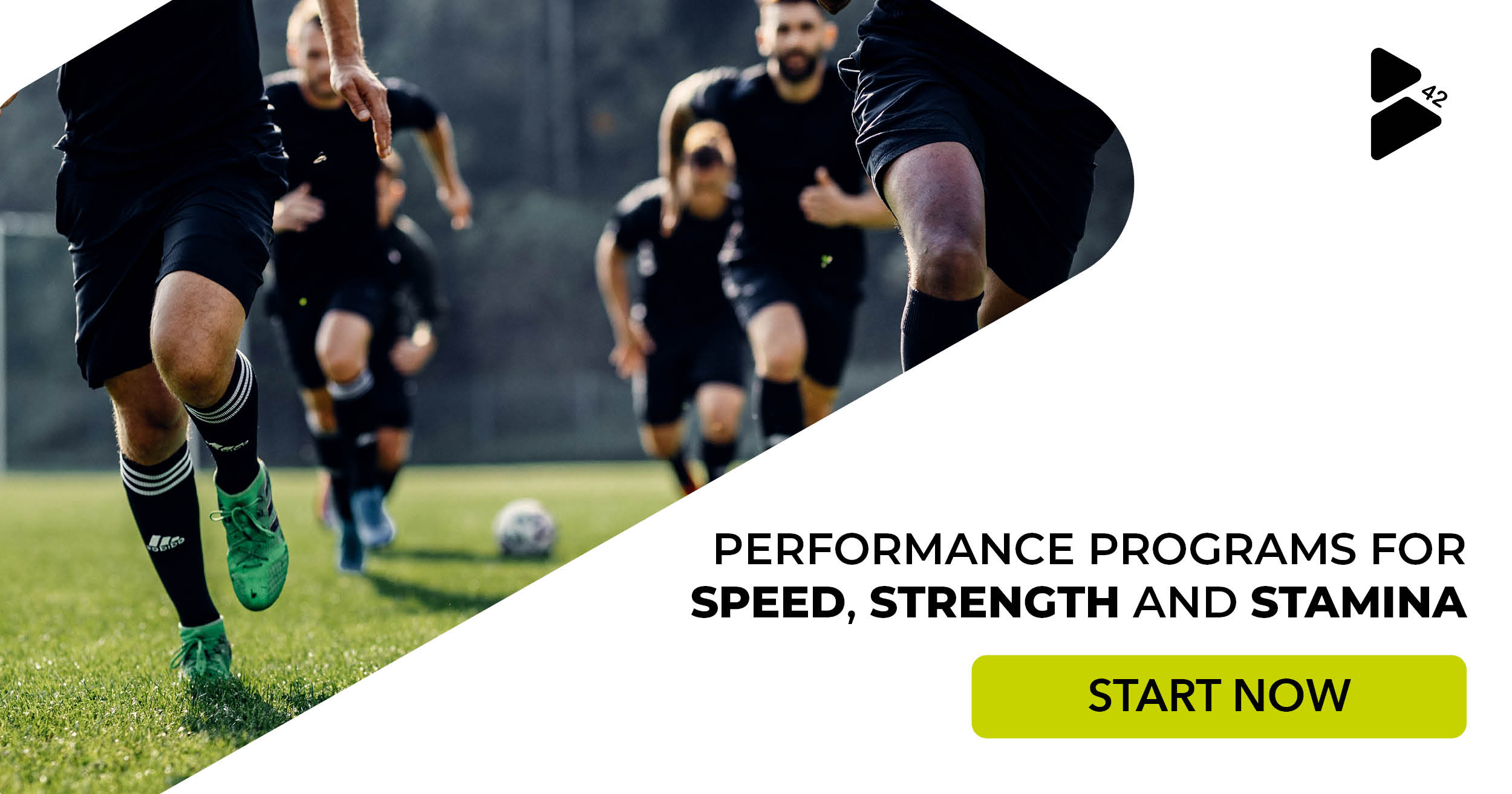 Stress tolerance seems to be the biggest factor when we talk about tibial plateau syndrome. Increasing tolerance to withstand the stresses of the game should be the goal in prevention.

In a phase of rehabilitation, the individual stress tolerance was exceeded in advance. Now it is important to be patient and to integrate sensible exercises into the daily training routine. As already mentioned, a complete break from sports is neither necessary nor advisable with MTSS. In this respect, longer breaks from training should be avoided.

The following exercises are extracts from a systematic rehabilitation programme and are designed to help combat shin splint syndrome.

We at B42 will soon provide you with a complete rehabilitation programme with the best shin splint syndrome exercises.

However, if you would like more detailed information on the rehabilitation process or exercise design, please feel free to contact our experts Lasse, Nils or Peter (info@b-42.com - subject: Shin Splints exercises).

In the first phase, you are still in the spectrum of severe, moderate pain at best.

However, this does not mean that subsequent exercises should not be continued as a routine after this phase. Often athletes make the mistake of thinking that when the pain subsides, the tissue has healed and function is 100% restored. This is not the case.

The advantage of isometric contraction is the reduced mechanical irritation of the affected structures, as there is "no movement" in the conventional sense.

Despite this, these exercises are extremely good for maintaining or even increasing the strength level in the muscles. In some people, isometric contraction has also led to short- to medium-term acute pain reduction.

How long you stay in the first phase is directly related to your "pain monitoring".

We recommend an approximate period of four to eight weeks. The training should take place three times a week.

This phase can start overlapping with the first phase, as long as your pain level is consistently low.

As already outlined, isometric Shin Splint exercises are generally useful and can therefore still be performed, depending on preference.

The dynamic phase attempts to restore the function of individual muscles in their various joint positions and contraction patterns in order to initiate more complex movement patterns (running, jumping, sprinting). You also evaluate yourself with "Pain Monitoring" in order to adjust the load if necessary.

Here, too, we give the key figures of four to eight weeks as a time range. The training should be done three times a week.

Furthermore, we would suggest to include the surrounding structures in the active training, even if the "load management" will probably have the biggest impact.

Precisely because exercise tolerance will have the last word in the end, progressive jump training should be integrated, either after the two phases or integratively (depending on individual progress).

Jump training thus forms the bridge between the rehabilitative exercises and the sport-specific training content or running and team training.

Get the app now with many more exercises, performance and power programmes for the most common football injuries and start your best season:

Our author Nils Heim (31) actually comes from judo and weight training. The sports teacher came to football through a sports performance coaching programme and has since been working as an athletics coach for the regional league youth teams of TSV Schott Mainz. He also runs an athletics and rehab coaching business called Ace Fitness Coaching, where he helps footballers of different levels to take their performance to the next level. In addition, as the founder of the German Strength and Conditioning Coach Academy, he designs their athletic trainer training.

Our author Lasse Ahl (33) has been actively playing football since he was 11 years old and also does additive strength training as well as cycling, running and skiing. He is a sports scientist (M.A.) at the University of Göttingen and has been working in the university sports gym and at university sports for several years. Since 2017, he has also been responsible as Academy Education Director for the training and further education of exercise instructors at Göttingen University in the areas of exercise science and the basics of physiology and anatomy.